Norwich City College invited our Jodie to speak to UAL level 3 Graphic Design students in the newly built creative arts building on the southern end of the campus. Students had the opportunity to learn about Jodie’s educational background, studio life at Naked Marketing and the steps involved with producing a new brand.

Later in the session Jodie set the students a personal branding task to help them with the initial ideas stage of producing an identity for themselves. Students were asked to fill out a questionnaire which asked them to explore their own personality and traits. The questions ranged from what word best described them, and what energises and ignites them.

From this the students where able to pick two or three key concepts to base their identity on. Next the students got drawing – the exciting bit! During this, students had the opportunity to question Jodie about her role on a more 1-2-1 basis.

At the end of the session a handful of students were asked to show the initial sketches to the group whilst Jodie offered a creative critique. One had explored creating type from geometric shapes to communicate his perfectionism, whilst another had a great little ‘evolution’ concept running through his design, shown through the shapes and colouring/shading of his identity. A music loving student explored a iconographic approach and my favourite, Dan, had created an illustration for each letterform which depict a different trait about him – from his curly hair to his love of sport.

Overall it seemed that students (and Jodie!) enjoyed the experience. The students hopefully benefitted from an insight into the ‘real world’ of graphic design and the branding task helped towards the unit they are currently studying for their grade at the end of the year. 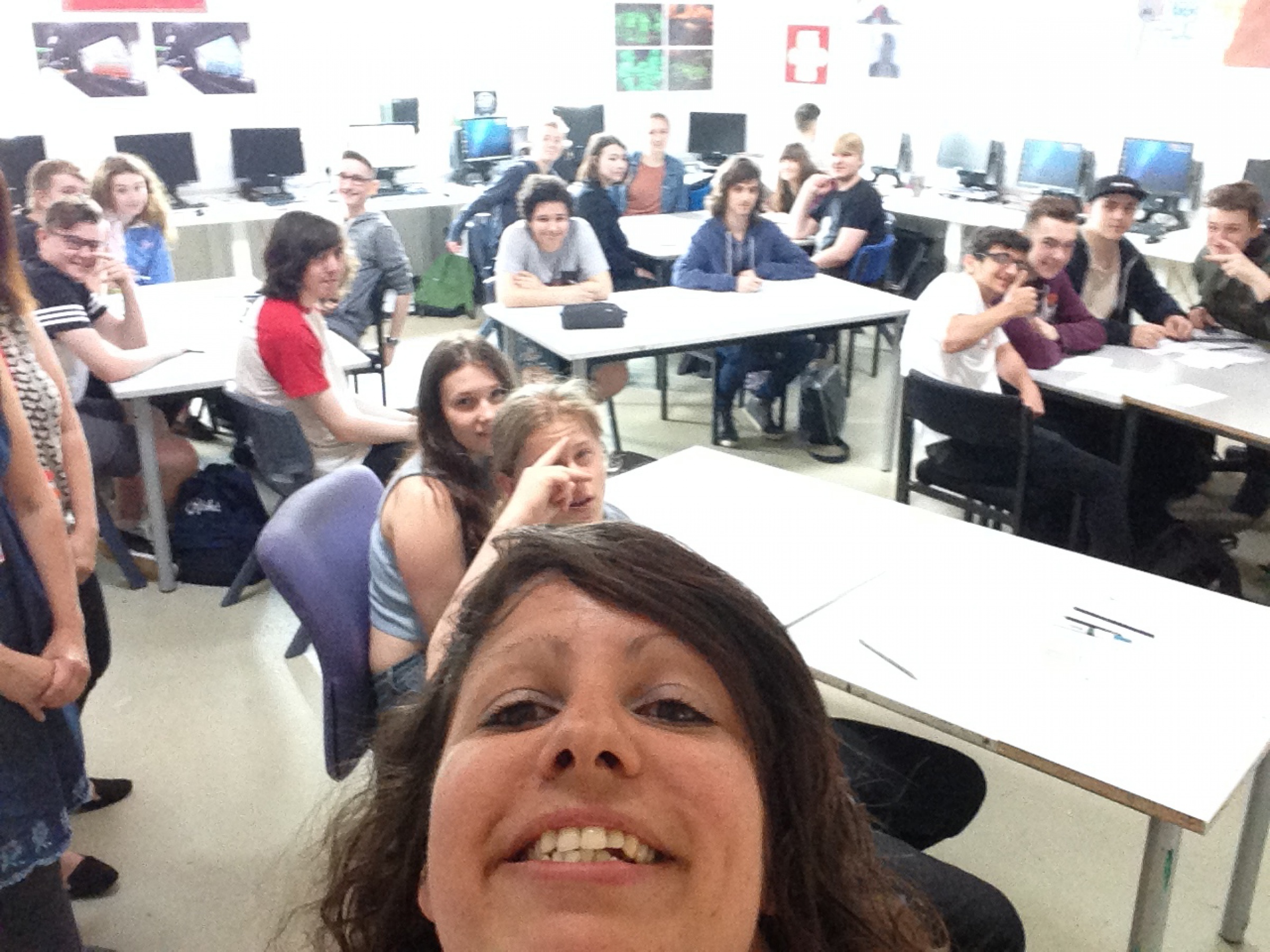